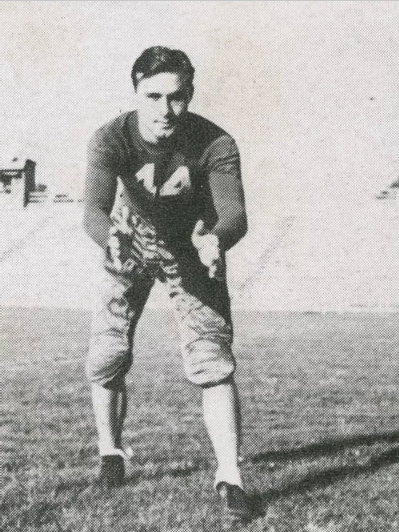 Wallace was a triple threat star who led the Eagles to a class B regional championship in 1928. Eagle Lake defeated Wharton 12-0 in Bi-district and Goose Creek 6-0 in the regional title game. Wallace once entered a track meet in Beaumont representing Eagle Lake High School by himself. He placed in 5 events (he was only allowed to enter five events) and finished in second place behind an entire team from San Jacinto High School. At Rice Institute he made the All-America team in 1934 and led Rice to its first Southwest Conference football championship. He made the All-SWC team twice and in 1936 was selected to play in the East-West Shrine Game and the Hula Bowl. In 1978 he was elected to the College Football Hall of Fame, and the Texas Sports Hall of Fame.