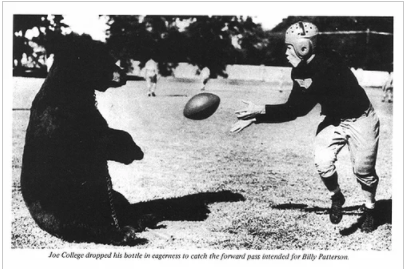 Patterson was one of the all-time greats at both Hillsboro and Baylor. He was an outstanding passer and field general, leading the South team to a 3-0 win in the first High School Coaches' All-Star Game. The two-time all-district selection was also president and valedictorian of his senior class. At Baylor, he was a two-time all-SWC selection and an all-American in 1938, and he received the game ball for scoring both touchdowns in the West's 14-0 win in the postseason Shrine Classic. Drafted by Pittsburgh in the third round of the 1939 NFL Draft, he spent two seasons with the Steelers and the Chicago Cardinals before entering law practice after World War II. He died on July 10, 1998.