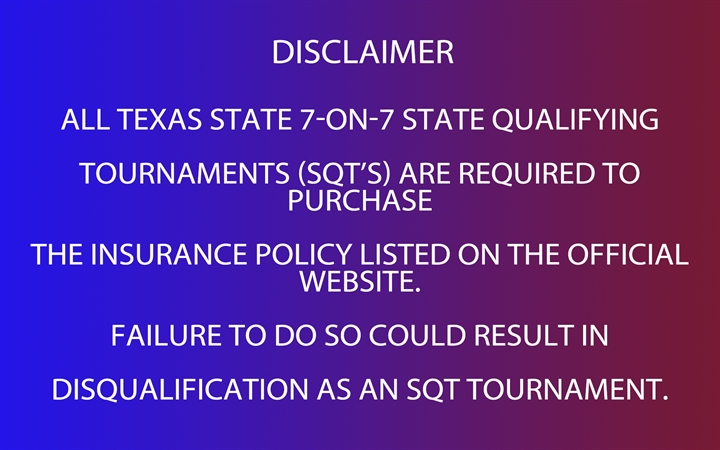 ** The Board of Directors reserves the right to implement additional protocols for safety mitigation purposes due to COVID-19. These measures would be to comply with CDC and local health services guidelines, procedures, and mandates.

All players must wear a cap-style, soft shell helmet in order to participate in any State Qualifying Tournament and the Texas 7on7 State Tournament.  The helmet must be worn properly and fully fastened or the player is not allowed to participate.

A cap-style soft shell helmet must meet the following standards: