The Lone Star 50: No. 7 Tanner Mordecai ready to pass SMU to new heights

Mordecai took a winding route to SMU. He was a three-star recruit out of Waco Midway who threw for 4,797 yards and 51 touchdowns in his prep career. He also added 1,511 yards and 20 touchdowns on the ground at Midway. ESPN rated him a four-star recruit. Mordecai picked Oklahoma over offers from Georgia, Ole Miss, and Oklahoma State, among others.

He took a redshirt year at Oklahoma in 2018 after appearing in two games and throwing a total of two passes – both completions. Mordecai played in six games as a redshirt freshman in 2019 and four games as a sophomore in 2020. He threw 68 passes in his three years at Oklahoma. Mordecai transferred to SMU after the 2020 season.

Mordecai reminded people of his immense talent during his first season on The Hilltop. He led the state of Texas at the FBS level with 3,628 passing yards. That was good for 12th in the country and third all-time at SMU. He also threw a school-record 39 touchdowns. His 308 completions on the season rank second at SMU. He tallied eight 300-yard games and five games with at least four touchdown passes in a second-team All-AAC season.

The 6-3, 214-pound Mordecai is an accurate passer who excelled in Sonny Dykes’ passing system. He completed nearly 68 percent of his passes and only threw 12 interceptions on 454 pass attempts. He was also a big-play quarterback who threw at least two touchdowns in the first 10 games of the season. He started his SMU career with seven touchdown passes in the Week 1 win over Abilene Christian and was statistically one of the best quarterbacks in the country for the first two-thirds of the season. The Mustangs limped to the finish line again under Dykes, and Mordecai’s play dipped over the last two games. He’s also not a statue, though, he’s a pass-first quarterback. He ran for 202 yards and two touchdowns. He had a run of at least 10 yards in 10 of SMU’s 12 games in 2021.

First-year head coach Rhett Lashlee is lucky to inherit a program with an established quarterback at the helm. Mordecai beat out hot-shot Preston Stone to remain the starting quarterback for the Mustangs entering the 2022 season. A senior leader, Mordecai must adjust to a new offense, but many of the principles remain the same. He’s poised for a big year with Lashlee’s high-tempo offense expected to light up the scoreboard in Dallas. Mordecai could lead the state in passing again in 2022. If he can cut down on his interceptions, he might emerge as the best quarterback in Texas. 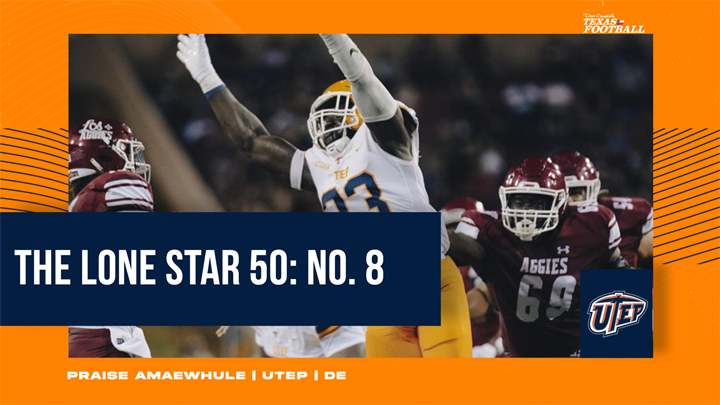