Cooper was a three-star offensive tackle out of Prague High School in Oklahoma who chose the Bobcats over Abilene Christian and New Mexico State. He was a two-way player at Prague, even playing defensive line in the Oklahoma All-State game after recording 85 tackles and two sacks as a senior. Cooper also played basketball at an all-state level.

Cooper arrived in San Marcos in 2019 and took a redshirt after appearing in one game. He started 12 games at left tackle in 2020 but preserved his redshirt freshman status thanks to the eligibility-free season caused by the pandemic. Cooper was an All-Sun Belt honorable mention in 2020. He started 12 games at left tackle again in 2021 and earned All-Sun Belt third team honors after surrounding just three sacks on 450 pass plays.

Cooper provides Texas State the luxury of a blindside left tackle who is among the best in the conference. He’s the headliner of an offensive line that should be a positive for the Bobcats in 2022. The group blocked for a running back group that averaged well over four yards a carry when adjusted for sack yardage. Cooper only allowed three of the 25 sacks surrendered over 12 games. The 6-6, 300-pound Cooper is an agile pass blocker and a capable lead blocker when asked to get downhill. He’s excellent in space and has proven durable by starting 24 consecutive games. He’s only allowed four sacks over 968 career pass plays.

A look at the NFL Draft demonstrates the importance of a left tackle – the second-most valuable position on offense behind quarterback. Cooper gives the Bobcats a stalwart at left tackle who can erase an opponent’s best pass rushing edge. He’s also a focal point in the run game as a lead blocker and athletic enough to block in space on screens and sweeps. Texas State needs a strong year from its offensive line to reach a bowl game for the first time in program history. Cooper’s ability, experience, and durability make him one of the most important players in Texas. 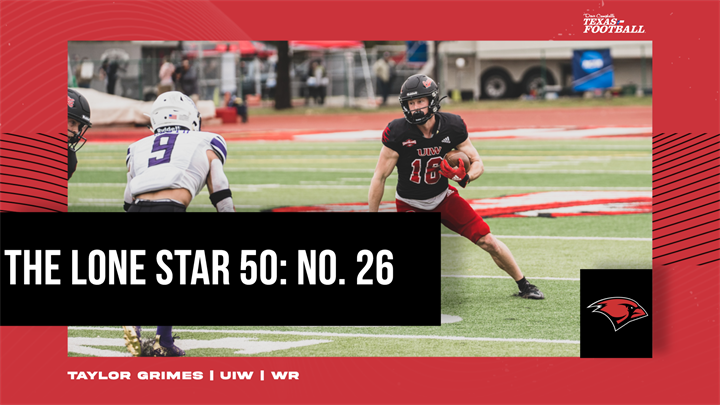