Former Corpus Christi Miller quarterback Andrew Body impressed early at Texas Southern. What will he do in his second season with the Tigers?

Calling Body one of the best prep players in the history of South Texas football isn’t hyperbole. He threw for 13,151 yards in four seasons, which is good for third all-time in Texas football, and led Miller to the state quarterfinals for the first time since 1963. Despite the accolades and success, Body was unheralded on the recruiting trail. He was an unranked prospect in the 2021 cycle who picked Texas Southern over Howard Payne, East Texas Baptist, and Cisco College.

Body needed little time to adjust to the college level. He became the starter instantly and led the Tigers in rushing and passing. The dual threat threw for 2,017 yards and 11 touchdowns to four interceptions with a 59 percent completion rate. He averaged 6.6 yards a carry and scored five times on the ground with 642 net yards.

Body is a dynamic player who instantly became the face of the Texas Southern program as a true freshman. He had experience leading a program as one of the youngest players on the team from his time helping turnaround a long dormant Miller program. Body is a true dual-threat quarterback who can hurt defenses with his arm or with his legs. He’s at his most dangerous outside of the pocket when he gets the option to throw or take off with his legs. He ran the ball 98 times in 10 games in 2021. A good amount of those were off schedule runs when nothing was there in the passing game. His ability to scramble gives Texas Southern a margin of error the Tigers haven’t possessed in years.

Few players in Texas make as much of an impact as Body at Texas Southern. The Tigers entered the 2021 season on a 16-game losing streak that dated back to October of 2018. Body led Texas Southern to three wins in 2021 alone. As a freshman. He’s only going to get better, and his play elevates the perception surrounding Texas Southern. The more success Body and the Tigers have over the next few years, the easier it gets for head coach Clarence McKinney to add quality high school players to the pipeline. Body is the type of player who can literally transform a program. He did so at Miller, and he’s on his way to repeating the trick at Texas Southern. 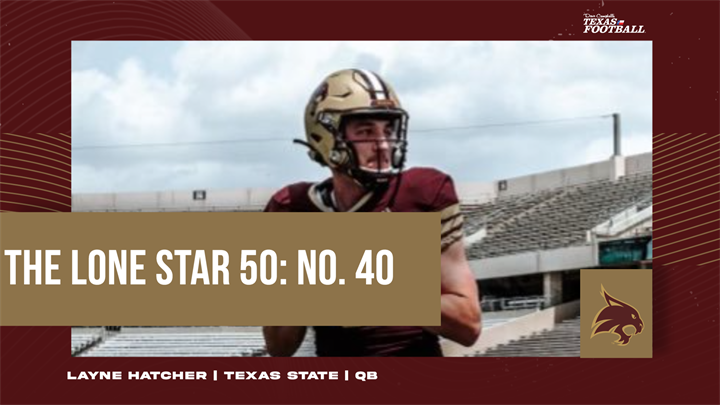