All-Star Inflatables honors the team behind the team. This week we highlight the hard work of the Lucas Lovejoy Gridiron Club!

“This year has been one big collective hold your breath, but we got the opportunity to play football,” Droupy said. “If had not been for that, I don’t know what we would have done.”

Droupy’s comment speaks more about life in any one-high-school Texas community than it does about Lucas Lovejoy specifically. He would know. Growing up in Cuero, he saw how important the high school football team was to the community, both as a window to the town and a rallying point for its residents. During his time with the Lovejoy Gridiron Club, he’s been driven to replicate the experience of his youth for today’s students, including his children.

“I remember growing up in Cuero, and our football team had first-class everything,” he said. “Today, living in Lovejoy, which is a relatively young community, the club’s goal is to make everything first class for these kids.”

Lovejoy’s football program has grown into a consistent winner – only 2 losing seasons since first taking the field in 2008. The Gridiron Club has grown along with the program. Droupy said the club has 276 active members, all of whom do their part to help fund up to 85 percent of the football budget.

The club’s Senior Moms Group continues to be instrumental, he said, as have countless others who’ve given their time, expertise and money to help the team succeed.

“We participate because we want to give back to the kids,” Droupy said. “From a support perspective, we know that state and school funding is restricted. We have to play a huge role in supporting the team and providing basic needs like cleats, helmets and whatever the coach [Chris Ross] says we need.” 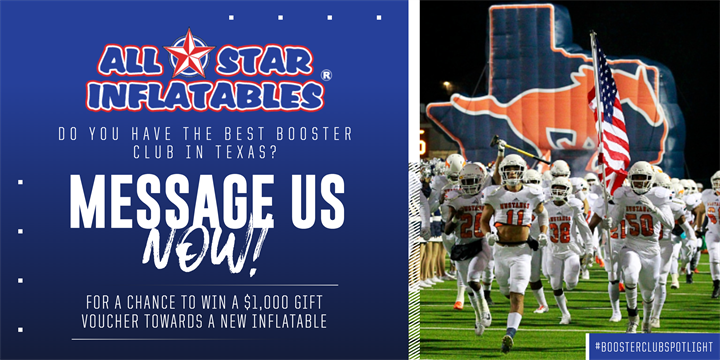 When the UIL announced the football season would take place, Droupy said the community kicked its support into high gear.

“When we learned we were having a season, our membership grew by 25 percent,” he said. “Everyone was excited.”

Though the pandemic forced the club to cancel its main fundraiser – a drawdown raffle that produce as much excitement as it did funds for the program -- the excitement has only grown as the football team has continued to win. The Leopards posted an unbeaten regular season for the second time in school history and as of Dec. 21 were preparing to play a third-round playoff game for just the third time in school history.

The club has relied its membership dues and a few community partnerships to meet its annual commitments. Along with the on-field needs, the Gridiron Club strives to give every graduating senior with an active family some extra support as they graduate from high school. The club sets aside $500 for each senior to take the next step on their educational journey.

“We promote secondary education,” Droupy said. “Yes, we raise money for socks and jocks for the season, but we also present all of our football seniors whose parents have been 4-year club members with $500 for their next educational stop. We’re very proud of that, and it has nothing to do with what happens on Friday nights. It’s a bit of a reward for a job well done over their entire time at the school.”

Though the club has missed out on doing its larger events in the community, Droupy knows the sacrifices have been both necessary and worthwhile.

“We have missed out on being able to do big things in the community like grilling burgers and being social,” he said. “But we still get to see everyone every Friday from behind our masks. But since that’s what it takes for the boys to get to play on Friday nights, it is well worth it.”