The Class 1A Division II state championship game between Balmorhea and Richland Springs was scheduled to be played at 11 a.m. Wednesday at AT&T Stadium in Arlington.

The Class 1A Division II state championship game between Balmorhea and Richland Springs has been postponed due to COVID-19 concerns at Balmorhea, Dave Campbell's Texas Football has confirmed. The news was first reported by Leman Saunders of SixManSource.com and Cowboy Parks of SixMania.com.

The UIL will allow the game to be rescheduled by the schools as long as the game is played by January 16, though a new date, time and location has not been announced. 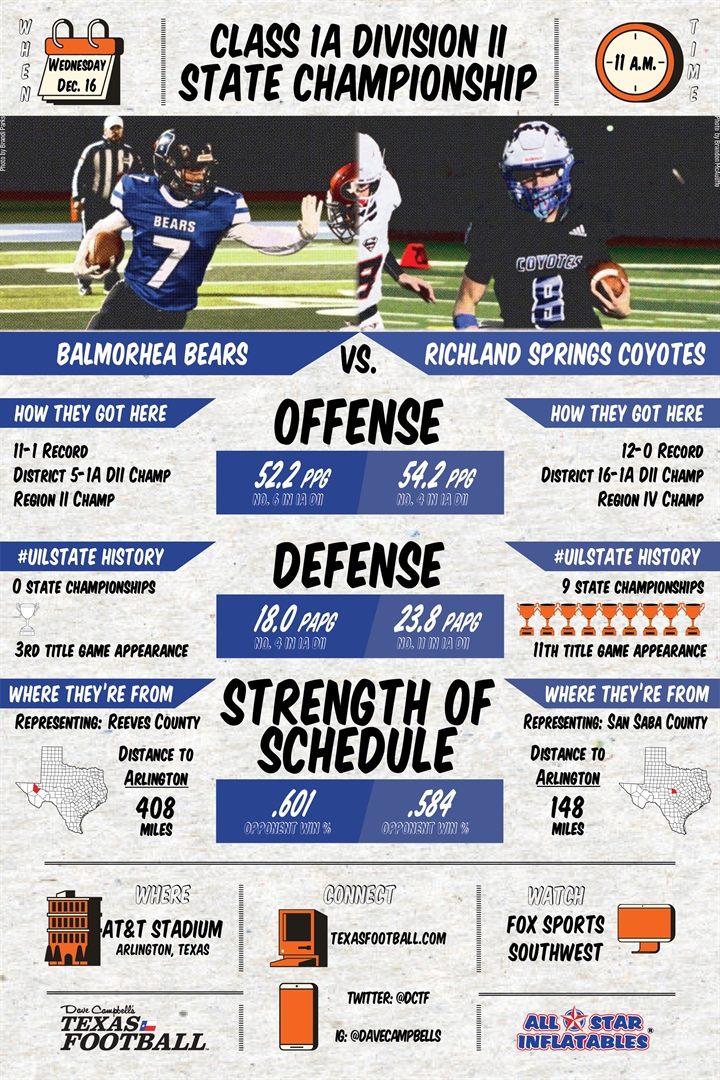 The game was scheduled for an 11 a.m. start on Wednesday, December 16, the first of eight UIL state championship games to be played over three days at AT&T Stadium in Arlington.

Balmorhea, the No. 1 team in Dave Campbell's Texas Football's Class 1A Division II state rankings, is making its third trip to the state championship game and seeking its first title. Richland Springs, ranked third in the DCTF rankings, is seeking its record 10th crown.

TexasFootball.com will update this story as details emerge.

CHECK OUT OUR STATE CHAMPIONSHIP COVERAGE!