SMU quarterback Shane Buechele graces the cover of the 61st edition of Dave Campbell's Texas Football, along with a celebration of 100 years of UIL Texas high school football.

It's been 37 years since an SMU player appeared on the cover of Dave Campbell's Texas Football. But Shane Buechele is used to making history. 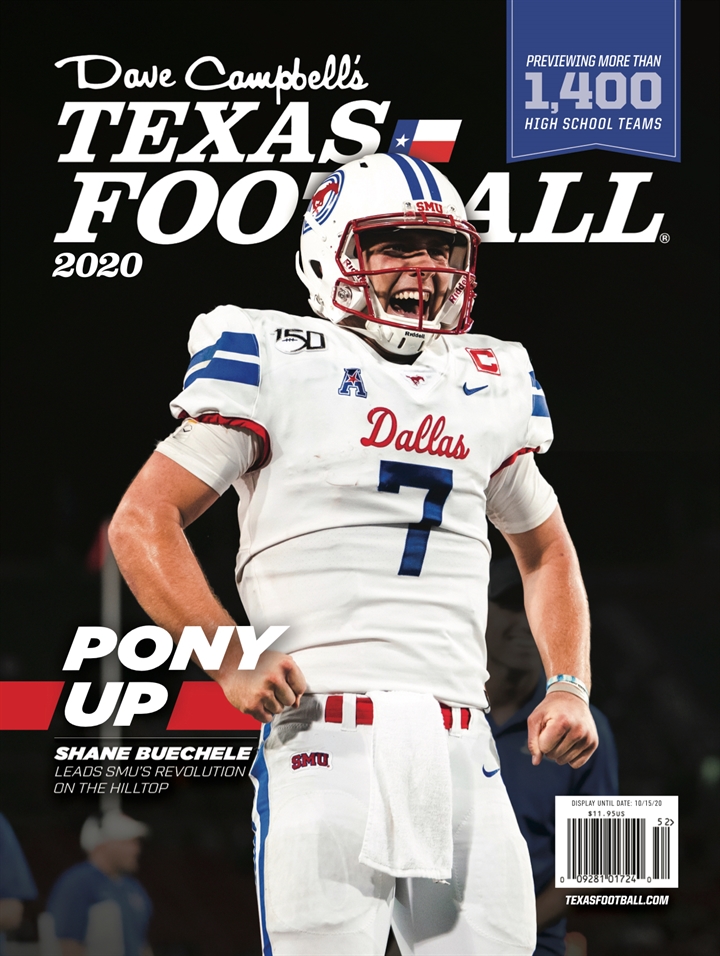 Dave Campbell's Texas Football revealed the cover of its 2020 summer edition on Monday — the 61st annual "Bible of Texas Football" — featuring SMU quarterback Shane Buechele. The headline says it all: "PONY UP: Shane Buechele Leads SMU's Revolution on the Hilltop." Buechele is the first Mustangs player to grace the cover of the magazine since Lance McIlhenny in 1983.

“The cover of Dave Campbell’s Texas Football is our most important decision of the year, and our toughest, because it matters to so many Texans and football fans," managing editor Greg Tepper said. "We always want to capture one of the most compelling stories in the state. What’s going on at SMU definitely fits the bill — here’s a quarterback in Shane Buechele and a program in SMU that reinvented each other, leading to heights they haven’t seen in more than three decades. That’s truly remarkable, and certainly worthy of being on the cover of Texas Football.”

For the fifth year, the magazine will feature a second "gatefold" cover, and this one is an important nod to history: an illustration documenting and celebrating 100 years of UIL Texas high school football, embodied by players past and present. The cover — expertly designed by Peyton Aufill — features images spanning the decades: Bob Estes from the 1922 Abilene Eagles; Charlie Haas from the 1935 Corpus Christi Buccaneers; the 1949 2A state champion Littlefield Wildcats; Ed Bernet from the 1950 Highland Park Scots; Warren McVea from the 1963 San Antonio Brackenridge Eagles; Billy Sims of the 1973 Hooks Hornets; Todd Dodge of the 1980 Port Arthur Jefferson Yellow Jackets; Jerod Douglas of the 1993 Converse Judson Rockets; Graham Harrell of the 2003 Ennis Lions; and Caleb Lantelme of the 2019 West Texas Comanches. 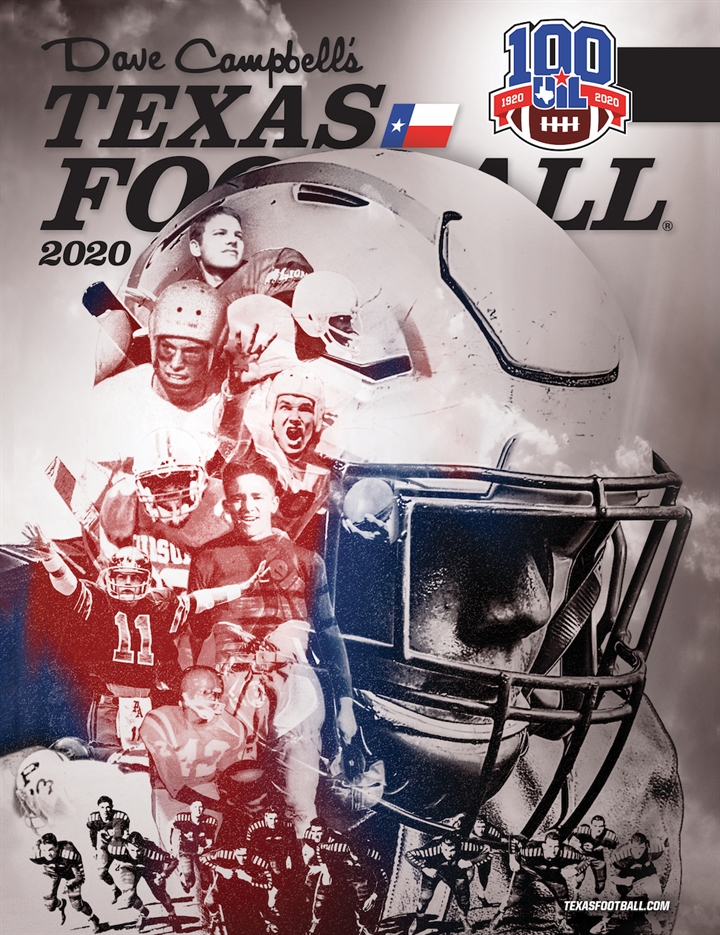 "How do we celebrate something as big as 100 years of UIL football?" Tepper said. "It was a challenge we faced, but in collaborating with a tremendous designer like Peyton Aufill, I feel like we captured the message we were looking for — there's nothing quite like Texas high school football, past, present and future.

The 400-page all-color annual magazine covers football in Texas — from high school to recruiting to college to the pros — as nobody else can. Inside the magazine, readers will find:

Want your copy of Texas Football before it hits newsstands? Become a Dave Campbell's Texas Football Insider! Get two magazines — the 2019 summer edition and the 2019 recruiting edition (coming in December) — as well as a year's worth of exclusive online content at TexasFootball.com, including digital archives of all 60 editions of Texas Football, expanded previews of every Texas high school football team, exclusive podcasts, never-before-seen recruiting analysis from Next Level Athlete, expert insights year-round and more. SUBSCRIBE BY JUNE 5 TO GUARANTEE YOUR MAGAZINE ARRIVES BEFORE IT HITS NEWSSTANDS.

To request interviews with Managing Editor Greg Tepper, please contact greg.tepper@texasfootball.com. To download high-resolution images of the cover, visit http://tiny.cc/DCTFCover2020. Subscribers should begin to receive magazines the third week in June; the magazine should hit newsstands across Texas beginning the first week in July.